Birding Is A Popular Outdoor Past-time

Bird-watching, commonly referred to as Birding, has been a popular pastime since its introduction in the early 20th century. The appeal is quite simple; Birding is a relatively inexpensive hobby that can be done by anyone, regardless of their age, gender, and nationality. You can get started with an inexpensive pair of binoculars.  Unlike other pastimes, Bird-watching does not require a particular skill level or tons of practice. One only needs a good set of eyes or failing that, a pair of high-quality binoculars. Check out our review of the best binoculars for birding for a complete listing of binoculars to fit all budgets.

Popular Even In The Digital Age

While some may think that the rise of the digital age has rendered Birding obsolete, it has done quite the opposite. Today, more and more people have taken up this hobby due to the rise of smartphone apps that allow bird-watchers to easily identify and record their observances. Thanks to apps like Merlin Bird ID and Song Sleuth, Birding has become the fastest growing recreational activity among young people in the United States. In 2011, there were approximately 46,700 Bird-watchers across the country, 34% of which were between the ages of 16 and 44. The number of total Birders in the United States continues to rise every year and in 2018, approximately 12.34 million people were actively participating in this popular pastime.

The resurgence of this hobby, especially among the youth, is not lost on the residents of Maine, which is considered by many avid Bird-watchers to be the top Birding destination in North America. In 2019, the state’s Department of Inland Fisheries and Wildlife launched the Bird Atlas Project, which aimed to document bird species across the region, in partnership with Marine biologists and citizen scientists. When the project called for volunteers, thousands of Bird-watchers, most of whom were millennials, submitted their applications.

Ian Carlsen, an actor who hails from Portland, was one of them. The 33-year-old has been an avid Birder for over six years and is currently volunteering with the state’s Bird Atlas Project. He spends his days traipsing through dense fir-and-pine forests, observing the environment around him and listening closely for bird sounds. While others may find the work dull and tedious, for Ian, it is anything but that. Working with the project has allowed him to expand his knowledge of Maine’s native bird species, an experience that he finds gratifying.

“With the Atlas, I get to contribute to science,” says Ian in an interview with the Portland Press Herald. “Every piece of data gathered is important, it all matters.”

Maine’s extraordinary habitat is the main reason why many Birders are drawn to it. The state’s lush forests and marshy coasts are home to a variety of bird species and during the spring and autumn seasons, fleets of migratory birds can be observed all throughout the region. Maine has also done everything possible to promote their distinction and has developed nationally-recognized hotspots such as the Acadia National Park, Monhegan Island, and the Moosehorn National Wildlife Range.

Monhegan Island, in particular, is a once-in-a-lifetime destination for many Birders. This small island off the coast of Maine is home to a number of birds during the migrating season. Additionally, many other year-round birds can be found in the sea surrounding the island.

Another popular hotspot for Bird-watchers is the Acadia National Park where over 200 different bird species can be found among the park’s 47,000-acres of ponds, cliffs, and forests. Visiting Birders position themselves on Acadia’s many vantage points for the chance to see Red-throated Loons, Common Eiders, and many more.

In addition to a ton of Birding spots, many inns and hotels across the state offer special Bird-watching excursions to their guests. Entire state festivals are even dedicated to this hobby. The Northern Maine Bird Festival in Caswell, the Wings Waves & Woods Birding Festival in Sunset, and the Acadia Birding Festival in Bar Harbor are just some of the many events that Maine offers Bird-watchers from all over the globe.

These festivals allow Birders the opportunity to hear from Ornithology professionals, as well as from experts and leaders in the Maine Birding scene. It is a chance to meet others with a passion for Bird-watching with curated trips and excursions that allow participants the chance to travel to islands, coves, and bay shelters that they may not have known of. Local artisans, whose handcrafted items and wares, are also welcome during these events, showcasing the uniqueness of Maine even more.

The past Birding festivals have seen more and more young people flocking to Maine, armed, not with bulky field guides, but with their smartphones. Technological advances have boosted the state’s Bird-watching scene as participants make use of photo identification functions and sound recordings to share their observations with the rest of the community.

However, despite their advanced features and numerous functions, these apps cannot replace a pair of good old-fashioned binoculars. It will be long before Birding apps will be able to transform your smartphone into a bird-watcher’s most valuable tool.

Every Bird-watcher knows the importance of high-quality binoculars since most birds make their homes on treetops where they cannot be seen by the naked eye. While some Birders identify birds by the sounds that they make, it is still vital that they are seen clearly to be able to take note of their defining physical features and characteristics. Humans are limited by their eyesight, but a pair of high-quality binoculars has clearer, crisper, and more defined images, opening up a whole new world that allows Bird-watchers to identify birds accurately and with ease. Binoculars can be rather expensive, but they are a long-term investment that, over time, almost becomes like a third arm. Choosing the right pair is extremely important and relies on the Birder’s personal preferences, budget, and physical attributes. The size of one’s hands, the shape of one’s face, and the depth of eye-cups are some of the factors that Bird-watchers consider when choosing binoculars.

In 2011, over 600 Birders visited Maine hoping to catch a glimpse of the state’s unique bird species. Most of them perceive bird-watching to be an oasis amid the digital age and even as a remedy to an overload of technology. With the rapid development and modernization of our world, it’s no wonder that more people are beginning to appreciate bird-watching. 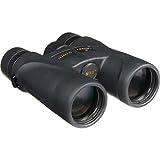 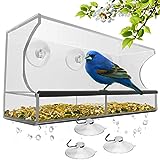