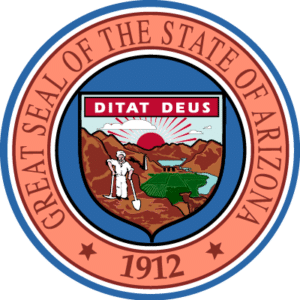 Welcome to the main page for Arizona State Parks. This page is designed to provide information related to the many state parks located in the state of Arizona. Below you will a list of all the state parks in Arizona along with the address of the parks. Click on the links below for the individual state parks where you can find detailed information specific to that park.

Arizona’s unique nature landscapes make it one of the best states to camp in! Those who want to experience its diverse wildlife can do so at Alamo Land State Park where campers can wake up to glimpses of brown pelicans, bald eagles, and wild burrows that have made their home inside the park. It’s also a favorite camping site in the winter when the park’s temperatures stay a warm and comfortable 70º.

Those who prefer magnificent mountain views can pitch their tents at Catalina State Park, which lies in the shadows of the Santa Catalina Mountains. The park also boasts of interesting trails and hikes that are perfect for adventurous campers who want to explore the outstanding nature of Arizona.

Lake Havasu State Park is another popular park for those who want to camp on the beaches of Lake Havasu. Rock enthusiasts also enjoy the park for the many turquoises, geodes, and more that can be found within it.

Avid boaters will definitely enjoy the novelty of the boat-in camping sites at Cattail Cove State Park, which feature a standard camping site with barbecue pits and picnic tables along with a parking space for your boat.

The Sedona Hiking Trails at Red Rock State Park are a favorite among passionate hikers. These interconnected loops run for approximately five miles and take hikers along the stunning nature of Oak Creek and the world-renowned red rocks of Sedona. The Eagle’s Nest Loop is one of the more popular routes on this hiking trail with its panoramic views of the area’s colorful rocks and craggy formations.

Dead Horse Ranch State Park also has numerous hiking trails for visitors. One of its more famous ones is the Lime Kiln Trail, a trail well-liked by history buffs as it takes you along a historic route connecting Sedona and Cottonwood.

The McKinney Loop at Cattail Cove State Park is also a great way to explore the incredible landscapes of the Sonoran and Mojave Deserts. The trail begins at the park’s beach and follows the shoreline of Lake Havasu, going through low desert hills and a shallow gorge. It’s a one-of-a-kind experience that hikers won’t get anywhere else!

Arizona is famous for having one of the best fishing habitats and conditions in the United States! Lake Havasu State Park with its famous Colorado River corridor is a sought-after fishing destination with huge populations of largemouth and smallmouth bass. The bass in this park usually breed earlier compared to other habitats within the state, which makes it a popular spot with anglers wanting to fish before temperatures rise.

On the other hand, those who are after the unique walleye can do so at Lyman Lake State Park, which explodes with this species! Lyman Lake’s murky waters are perfect for anglers who wish to challenge themselves and their fishing skills.

Search for geocaches in Picacho Peak State Park, known among participants for its cleverly concealed caches! Geocaching may also be done in Catalina State Park and Cattail Cove State Park.

Roper Lake and Dankworth Pond both make Roper Lake State Park the best picnic destination in Arizona. The park features plenty of picnic tables and ramadas, which families can make use of as they take a break from the day’s many activities.

Dead Horse Ranch State Park also has some of the best picnic sites in the Coconino National Forest. With mild temperatures even in the summertime, as well as magnificent views of the Verde River and the area’s diverse wildlife, this is the place to picnic!

Avid bikers will love exploring the many trails at Dead Horse Ranch State Park. The flat and narrow Kish Trail is perfect for beginners to the sport!

At Catalina State Park, the Romero Ruins Interpretative Trail allows bikers the opportunity to explore the remains of a Hohokam village that dates back to 1500 years ago. The trail is ideal for intermediate bikers who want a glimpse of the region’s colorful past as they ride.

At Patagonia Lake State Park, avail of the Pontoon Boat Tours to explore the park’s lush nature and diverse wildlife. The park also has two boat ramps and rentals for those who wish to see the area from a different perspective.

Cattail Cove State Park also offers the chance to enjoy the Colorado River on a watercraft. Their large four-lane boat ramp can accommodate boats of all sizes although be sure to check out the lake levels first!

Arizona’s state parks are considered to be world-class Birding destinations due to the thousands of bird species that have made their homes in the state’s unique environments. At Dead Horse Ranch State Park, bird-watchers have the opportunity to catch glimpses of nesting black hawks and soaring bald eagles. One can observe blue herons catching their lunch by the park’s many lagoons too.

The area along Oak Creek at Red Rock State Park is a favorite among Birders hoping to see wrens, hawks, and eagles. Visitors with sharp eyes may also catch sight of the rare Goldfinch flitting in and out of the park’s vegetation.

The arid climate of Arizona means that swimming holes are held in high regard by the state’s residents! The 1500-acre Lyman Lake at Lyman Lake State Park is a great place to cool off in the summer with its clear waters and plenty of recreational water activities. Lake Havasu State Park and its sandy white beaches are also a favorite swimming spot for visitors and locals alike!

Named one of America’s Top Ten Swimming Holes, Slide Rock State Park is a must-visit for those wishing to swim in the state. The park is named for its famous 80 foot-long slippery chute worn into Sedona’s red rocks. Kids and adults alike will enjoy the ultimate slide formed by Mother Nature herself!

Picacho Peak State Park is the ideal destination for rock climbing enthusiasts due to its moderately-challenging Hunter Trail. The steep route cuts through the mountain and climbers must carefully search for handholds and footholds in the rock as cables are of little help. The trail may be grueling but the view from above is well worth it.

There are also several rock climbing routes at Slide Rock State Park with the most famous one being the Center of Singularity. This risky and intimidating climb goes up a towering arch, requiring delicate yet powerful moves from climbers who wish to traverse this difficult route.

The riding trails located within Alamo Lake State Park are popular with fans of OHVs and ATVs. Ride through miles of rocky trails while taking in breathtaking views of the Sonoran Desert!

The Trail Horse Adventures at Dead Ranch State Park is ideal for those who wish to explore mesquite groves, limestone hills, small lakes, and lush cottonwoods and willows while on horseback. The park offers several packages that riders may choose from, the most popular one being the Trails, Rails, Rhythm, and Ribs package, which includes a one-hour horseback ride, a train ride on the Verde Canyon Railroad, and a barbecue dinner with a cowboy show. Families with young kids love the adventure of this horseback trip!

Red Rock State Park also offers various trails for horseback riding. The park also offers tour guides for inexperienced equestrians and those who wish to explore the area with an expert.

Explore the world-famous Kartchner Caverns through the many cave tours offered by Kartchner State Park! The cave is considered to be the “Best Arizona Attraction” with its stunning stalactites, needle quartz formations, and other unique features that include totems, helictites, rimstone dams, and more.

The park even offers Sign Language tours every weekend so those in the Deaf and Hard of Hearing community can enjoy the caverns, as well.

On the other hand, kids love the park’s Helmet and Headlamp Tour, which allows visitors the experience to explore the caverns as its discoverers did in 1974 – using only the lights from a headlamp!

Arizona is home to many historic state parks that showcase the region’s rich and colorful past. One of the most famous ones is Jerome State Historic Park where the Douglas Mansion is situated. The mansion was built in the early 1920s by a family of mining entrepreneurs and features exhibits on geology and antique mining equipment.

The McFarland State Historic Park is also another beloved destination among history buffs. Inside the park, visitors can explore the First Pinal County Courthouse, which dates back to the Arizona Territory Period of the late 19th century. The town’s WWII Prisoner of War Camp exhibit is also a must-see, displaying photographs of people who were stationed and imprisoned in the area, as well as artifacts collected from American servicemen and prisoners of war.

Another interesting park in the state is the Fort Verde State Historic Park, which attempts to commemorate and interpret a conflict that was crucial to the development of Arizona. The park is considered to be the best-preserved example of a fort used during the American Indian Wars. Established by the Army in 1865, the fort was mainly responsible for putting and keeping Native Americans on the San Carlos and Fort Apache reservations.

It may not seem like it but Arizona has a whole host of fun winter activities for the entire family! Holiday Tours are often held at Riordan Mansion State Historic Park where visitors can experience turn-of-the-century Christmas decorations and ornaments. Those who want to catch a glimpse of the mansion lit up at night may do so with the park’s Christmas Twilight Tour. And don’t forget to stay for the Annual Christmas Party to get a chance to eat Christmas cookies and cider while meeting Mrs. Claus!

Fort Verde State Historic Park is also famous for its winter activities. The park offers Candlelight Tours; the feeble glow of a candle makes the historic homes along Officer’s Row look even more magnificent! You can also take part in the Victorian Christmas Decorations event and help decorate the fort with Victorian-style holiday ornaments.

Here is a complete list of all the state parks in Arizona along with the address for each park. Enjoy all that Arizona has to offer for outdoor actives and natural beauty.

Find State Parks In Other States

Take a look at other parks in the Unites States by going to our find a state park page.