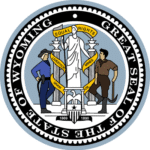 Welcome to the main page for Wyoming State Parks. This page is designed to provide information related to the many state parks located in the state of Wyoming. Below you will a list of all the state parks in Wyoming along with the address of the parks. Click on the links below for the individual state parks where you can find detailed information specific to that park.

Wyoming is renowned across the United States for its towering canyon walls, massive peaks, and unique hydrothermal features that can’t be found anywhere else. These unique natural landscapes are what makes the state a favorite camping spot for many. For instance, Boysen State Park is extremely popular among outdoor lovers, due to its surrounding wonders, such as the Wind River Indian Reservation and the Wind River Canyon. Here, the Tough Creek Campground is a well-known spot, thanks to its scenic views and abundance of recreational activities.

At Keyhole State Park, campers love pitching their tents at the Pronghorn Campground, situated on the eastern shore of the Keyhole Reservoir. Visitors will wake up to amazing views of the sunrise over clear waters.

A wide variety of campgrounds are found in Glendo State Park, although the most popular one is the Two Mond Campground, which features modern amenities and stunning views of the Glendo Reservoir.

Located east of the famous Yellowstone National Park, Buffalo Bill State Park is a great place to camp in, boasting if incredible views of the Absaroka Mountain Range and the Buffalo Bill Reservoir. Its largest campground, the North Fork Campground, has over 62 sites, all of which are equipped with a picnic table and grill. Modern amenities, including running water and flushing toilets, can be found at this campground, making it one of the most highly sought after spots in Wyoming.

If you want to experience the full range of beautiful nature sights that Wyoming has to offer, then you won’t go wrong with the Falls Trail, found at Sinks Canyon State Park. The park’s most significant highlight is the geological spectacle of the Popo Agie River disappearing into a hefty cavern before reappearing in a trout-field pool. The three-mile hike shows exactly this, taking visitors through to the Middle Fork Falls and the surrounding awe-inspiring canyon.

Known for its amazing walleye fishing, Glendo State Park is a favorite among anglers, especially during the late spring season, when the fish are extremely active. Casting your lines in the park’s reservoir and come away with a ton of catches!

Nestled in the heart of Wyoming, Seminoe State Park also has a ton of fishing opportunities, especially for those looking to catch trout and walleye. A wide variety of trout can be found here, including brown, cutthroat, and rainbow. The latter ones are particularly active during the summer months, which is why this park tends to get crowded around that time.

No matter what kind of fish you want to catch, Boysen State Park will most probably have it. Walleye, sauger, perch, crappie, trout – all these can be found in this park, and more! This spot is also known for catches that have gone on to win state records. For instance, black crappie at 2.34lbs was once caught in its waters, along with a carp sucker at 6.15lbs and a walleye at 17.42lbs.

If you want to catch the best trout there is at Wyoming, then Buffalo Bill State Park would be your best bet. However, take note that most fishing is done here via boat as the bigger, better varieties are found in the reservoir’s deeper waters.

Situated in the northeast corner of Wyoming, Keyhole State Park is a criminally underrated fishing spot. Here, walleye and crappie are in abundance, although drum and catfish are also known catches. This park is also renowned for being the only spot in Wyoming where the northern pike thrives, making it a fishing destination well worth a visit.

Its diverse natural landscapes and abundance of wildlife make Wyoming one of the best and most challenging places to hunt in. Those looking to pursue some game should definitely check out Boysen State Park, Buffalo Bill State Park, Curt Gowdy State Park, Glendo State Park, and Keyhole State Park, all of which are considered to be premier hunting spots. However, keep in mind that each park has its own set of rules and amenities, so be sure to take note of them before heading down to whichever spot you prefer.

Situated between Cheyenne and Laramie, Curt Gowdy State Park has over 35 miles of forested trails that meander between the Granite and Crystal reservoirs. This trail system also features over four mountain biking play areas and skills areas, which is why riders consider this park to be a must-visit. Routes here are extremely challenging and scenic – definitely making for an unforgettable experience.

More than 45 miles of biking trails are found at Glendo State Park, taking riders along the Glendo Wetlands and a dense forest filled with towering pine and cedar trees. The routes here are thrilling, featuring a few natural challenges that will undoubtedly take your skills to the next level.

Guernsey State Park is another incredible mountain biking destination, featuring an extensive network of trails that were originally built by the Civilian Conservations Corps camps during the 1930s. These routes are picturesque and beginner-friendly, although a few of them do feature some natural challenges, making the park a favorite among riders of all skill levels.

The Guernsey Reservoir, found within Guernsey State Park, is a great boating destination, thanks to its large expanse and beautiful scenic views. However, boaters should be aware that the reservoir is drained each year for the park’s annual “silt run,” held shortly after the Fourth of July. It’s usually refilled in early August so you would do well to visit the park then.

Canoeing and kayaking are popular water recreational activities at Curt Gowdy State Park, although boating is also permitted on the waters of the Crystal Reservoir, albeit with a 15-horsepower limit for watercraft vehicles. Swimming isn’t allowed here, though, which is why boating enthusiasts who would prefer not to jump into the water are big fans of this park.

Thanks to its proximity to the 14,700-acre Keyhole Reservoir, Keyhole State Park is home to a diverse variety of birds and is considered to be Wyoming’s most popular bird-watching destination. The Audubon Rockies even operate a banding station inside the park as part of their Monitoring Avian Productivity and Survivorship (MAPS) Program. With a combination of a large reservoir, grasslands, and woodland habitats, birds in this park are incredibly unique, such as the Vesper Sparrow, the Western Kingbird, the Horned Lark, and the Mountain Bluebird.

Located east of Casper, the 362-acre Edness Kimball Wilkins State Park is also popular among Birding enthusiasts. The park is situated on the North Platte River, whose cottonwood-filled shores are touted as a “bird magnet,” attracting rarities and vagrants like the Long-eared Owl, the Wood Thrush, and the Hooded Warbler. The park is a designated Important Bird Area, boasting of stunning species like the Common Merganser and the Warbling Vireo.

For a unique swimming experience like no other, head over to Hot Springs State Park, where water flows over eye-catching terraces along the Big Horn River. These swimming holes stay at a temperature of 135ªF, and the waters inside the bathhouse are maintained at 104ªF, making this spot the ideal place for those who wish to try out some therapeutic bathing. Located in Thermopolis, this park is undoubtedly a must-visit.

A favorite spot among avid equestrians, Curt Gowdy State Park offers a horse corral for public use, as well as a massive fenced pasture area where your beloved mounts are free to roam around in. An equestrian-only route can also be found within the park, which is especially beautiful to take on during the autumn season.

Horseback riding is also permitted at Guernsey State Park, which has scenic trails that will take riders through beautiful views of this part of Wyoming. However, horses are prohibited from going into the park’s developed campgrounds and picnic areas.

A total of three sets of horse corrals are available for use at Keyhole State Park, with each set equipped with its own water container. Incredible equestrian trails may also be used by those wishing to take their mounts out for a thrilling and exciting ride.

Considered to be the most popular cave in Wyoming, the Sinks Canyon Cave is a natural wonder; the Popo Agie River disappears into its limestone-filled depths and rises again downstream into a stunning pool. Found inside Sinks Canyon State Park in Lander, these one-of-a-kind caves should definitely be visited by all those stopping by Wyoming.

If you want to try camping in a yurt in the middle of winter, then Sinks Canyon State Park would be your best bet, due to the four yurts found here that visitors are allowed to rent any time. The park also features incredible hikes through deep snow, making it an incredible spot to visit during the winter season.

Here is a complete list of all the state parks in Wyoming along with the address for each park. Enjoy all that Wyoming has to offer for outdoor actives and natural beauty.

Explore The Country From Coast To Coast

See the latest on our homepage at www.americasstateparks.org.