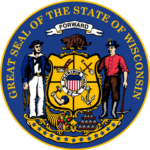 Welcome to the main page for Wisconsin State Parks. This page is designed to provide information related to the many state parks located in the state of Wisconsin. Below you will a list of all the state parks in Wisconsin along with the address of the parks. Click on the links below for the individual state parks where you can find detailed information specific to that park.

Wisconsin boasts of a total of 47 state parks and every single one of them makes for an incredible camping experience. However, one of the best ones would be Wyalusing State Park, situated in Bagley, on the confluence of the Wisconsin and Mississipi rivers. The park offers visitors the choice between two campgrounds, Wisconsin Ridge and Homestead, both of which feature stunning views that can’t be found anywhere else.

Those who prefer camping by the beach won’t be disappointed by the sites at Harrington Beach State Park. Located right along the shore of Lake Michigan, campers will wake up to stunning sights of the sunrise over turquoise waters.

Another beautiful camping spot would be Big Bay State Park, tucked away in a bay on Madeline Island’s shore of Lake Superior. Experiencing undisturbed wilderness, diverse flora and fauna, and spectacular sunsets on the beach are this park’s main highlights. 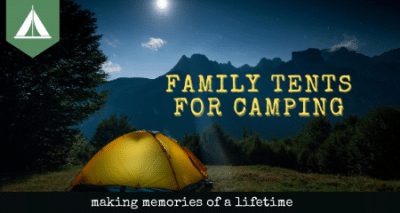 For secluded and private campsites, head over to Mirror Lake State Park in Baraboo, where spots are hidden amid the woods, just a few steps away from a scenic lake surrounded by towering sandstone bluffs.

Situated in Washington Island, Rock Island State Park is another great camping spot. Visitors here can pitch their tents along either the Green Bay or Lake Michigan. Whatever they choose, an unforgettable experience combined with phenomenal views awaits them.

There are numerous hiking trails at Harrington Beach State Park and visitors can either opt for routes that follow the Lake Michigan shoreline or the incredible forested route that goes around Quarry Lake. For an incredible hiking experience, be sure to visit this park during the autumn season.

Trails along the peninsula of Big Bay State Park are to die for, featuring a quiet boardwalk, towering trees, and breathtaking views of the beautiful natural landscapes that surround Madeline Island.

The Sugar Mail Nature Trail at Wyalusing State Park is a family-friendly route that features minimal challenges, taking hikers to a stunning orange sandstone outcropping, from which a fantastic view of the surrounding scenery awaits.

On the other hand, the Burkhardt Trail at Willow River State Park is another crowd favorite, winding through the park’s dense forest along the river’s shore before culminating in a steep, winding staircase that leads to the base of an awe-inspiring thundering waterfall. 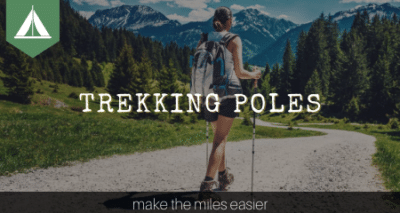 The North Country Trail is a four-day backpacking trip that will take you across 50 miles of challenging terrain. The route begins at Copper Falls State Park, located north of Mellen, and continues on through to the Chequan Nicolet National Forest. Considered to be one o the most difficult backpacking trails in the United States, this is undoubtedly an adventure that you’ll never forget.

Those who want an easier backpacking trip will love the trail found at Newport State Park. This 30-mile route is extremely easy, featuring little to no challenges, and will take approximately two to three days to complete.

Another great trail for beginner backpackers, routes at Rock Island State Park are scenic with zero natural challenges. It will take around two to three days to complete so be prepared to rough it up as you spend the night in one of the park’s rusting camping sites. 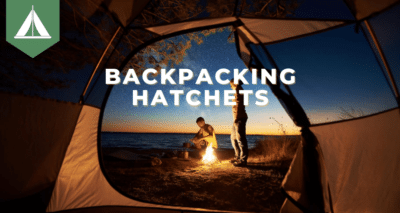 The majority of Wisconsin’s state parks allow hunting and trapping, including Amnicon Falls State Park, Blue Mound State Park, Copper Falls State Park, Governor Dodge State Park, and Lake Wissota State Park, among others. However, keep in mind that these have their own set of weapons restrictions, varying season dates, and other park-specific regulations. Be sure to check with the park office before heading down there to pursue some game.

One of the most popular weekend getaways in Wisconsin is Devil’s Lake State Park, which has a ton of recreational opportunities and is located quite close to the Chicago metro area. After finishing your meal, explore the park’s impressive 360-acre lake, as well as its 500-foot quartzite bluffs and 29 miles of hiking trails.

For a calm and peaceful picnic, head over to Mirror Lake State Park, located in the Baraboo area of Wisconsin. Incredible picnic areas are in abundance here, some of which have beautiful views of the 50-foot-high cliffs that surround the park.

Those who want to take their meal in one of the most iconic spots in Wisconsin should check out Harrington Beach State Park, which is known for its towering white cedar and hardwood trees, as well as its unique wetland ponds and limestone quarry lake. This is also known among residents as the best spot for stargazing, due to its observatory that the public may access for occasional night-sky viewings.

The best place to spend a scorching hot summer day in, Peninsula State Park has a ton of recreational activities, as well as six picnic areas that look out to scenic views of Green Bay. It’s worth noting that this park is also considered as one of the best fall foliage viewing spots in the United States.

More than 15 miles of challenging biking trails are found at Blue Mound State Park, which is the highest point in southern Wisconsin. Because of this, expect a lot of steep climbs, rocks, and roots as you take on the park’s difficult routes. 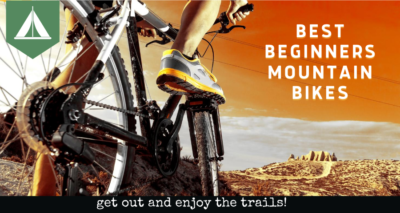 Found along the sandy beaches of Governor-Nelson State Park is a boat launch, allowing visitors to explore the lovely waters of Lake Mendota.

Those who prefer kayaking and canoeing will love the plentiful opportunities in Brunet Island State Park, which allows visitors to explore its many channels and lagoons aboard their favorite watercraft vehicles. The park also offers a ton of boats available for rent.

The 1,500-acre Hartman Creek State Park features boat launches, from which guests are free to explore its seven crystal-clear lakes. For an incredible and unforgettable experience, be sure to stop by Marl Lake, surrounded by beautiful woodlands and other such scenic views. 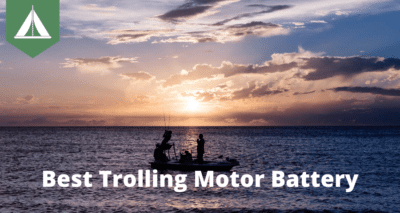 Its unique location makes Wyalusing State Park a favorite among a variety of nesting species, although its list of breeding birds is also worth taking note of. Avid bird-watchers stopping by this park can expect glimpses of the Indigo Bunting, the Baltimore Oriole, and the Bell’s Vireo. During the migration season, the American White Pelican and the Osprey can be seen in abundance along the park’s rivers.

There are hundreds of species that have made their home within Devil’s Lake State Park, including the Acadian Flycatcher, the Broad-winged Hawk, and the Wood Thrush. The park’s oak forest area is also rich with a number of rarities.

Harrington Beach State Park is known for having one of the highest species counts of any other birding spot in Wisconsin. Plenty of ducks, shorebirds, gulls, and terns can be seen here, as well as rarities like the Harlequin Duck and the Glaucous Gull.

Located in southwestern Wisconsin, Yellowstone Lake State Park is considered by many to be one of the best birding spots in the state. Its 455-acre lake attracts a ton of dabbling and diving ducks, as well as other incredible varieties during the migration season. Bird-watchers may observe the Henslow’s Sparrow, the Bobolink, and the Sedge Wren here. 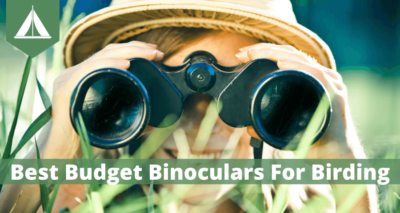 Take a dip in the cool and refreshing waters of Amnicon Falls State Park, which boasts of a natural swimming hole surrounded by towering rocky outcrops. This is definitely the best place to be during the scorching days of summer.

Situated at the southern end of the Chain O’Lakes, Hartman Creek State Park has plenty of swimming holes to choose from. In addition to the eponymous creek, there are also several lakes that visitors may opt to swim in. 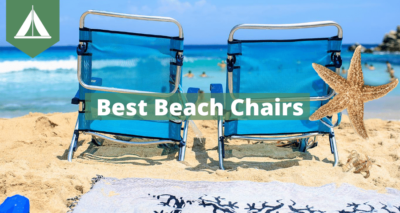 Those who want to get into rock climbing should take a look at the opportunities found at Devil’s Lake State Park, which offers a local guide service that will help you get acclimatized and comfortable during your climb.

If you have a bit more experience, however, Governor Dodge State Park has plenty of challenging rock faces that are perfect for climbing. Towering sandstone walls offer incredible routes that advanced climbers should take advantage of to improve their skills. However, many of the rocks here are quite fragile, which is why bolts are not permitted to be placed in the sandstone.

Considered to be one of the best places for rock climbing in Wisconsin, Willow River State Park is undoubtedly a climber’s paradise. A combination of multiple routes and breathtaking views await those ready to take on its walls.

There are a total of 13 horse campsites and over 7 miles of equestrian trails at Governor Dodge State Park, which is considered a must-visit for avid horseback riders stopping by Wisconsin. However, take note that the park is only open to horses from May 1 to November 15.

Hartman Creek State Park is also known for its many equestrian trails, which span over 6.5 miles. Riders here will be treated to picturesque views found only in this region of Wisconsin.

Nicknamed “Wisconsin’s #1 Supper Club,” the Ishmala Supper Club located in the middle of Mirror Lake State Park is a dining experience like no other. Guests are even free to canoe or kayak right up to this beautiful log-cabin eatery, whose menu features fresh local ingredients and regional mouth-watering dishes.

Granite Peak, a ski area with Wisconsin’s biggest vertical drop at 700 feet, is found within Rib Mountain State Park. The massive mountain itself features over 75 runs, four terrain parks, and five chair lifts, including two high-speed ones. With all this, it’s clear that skiing opportunities here are unparalleled by anywhere else in the state! Besides that, though, the park also features over 13 miles of trails open for winter hiking and snowshoeing.

At Blue Mound State Park, visitors are free to hike or snowshoe its designated loops, however, many come here to take on its massive sledding hill. Those who want a more peaceful experience, on the other hand, can choose to climb up either of the park’s two observation towers, which offer breathtaking views of the surrounding frozen landscape. If you love the outdoors but hate the cold, check out our best heated jackets review.

The most popular scuba diving destination in Wisconsin would be Devil’s Lake State Park, which boasts of a maximum depth of approximately 45 feet and clear waters. Divers love to submerge themselves underneath the waters of the northeast side of the lake, due to the abundance of fish species and other aquatic creatures found there. 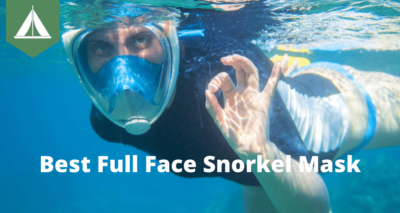 Here is a complete list of all the state parks in Wisconsin along with the address for each park. Enjoy all that Wisconsin has to offer for outdoor actives and natural beauty.

The Wisconsin Department of Natural Resources has announced that 2022 state park and forest admission passes are available for purchase. The 2022 stickers and passes for admission to parks, forests, recreation areas and trails are [...]

The Willow River State Park has the largest mountain bike trail network in the region and its grand opening was last Saturday. It took nine years and thousands of volunteer hours and now it's finally [...]

Bluebirds’ fledglings numbers are strong this year despite the troublesome winter

Good news! Bluebirds' fledglings numbers are strong this year despite the troublesome winter. Thousands of bluebirds last year were lost and died when they encountered freezing weather while migrating north. The Wild River State Park [...]

Friends of the Black River Forest, a conservation group asked the Wisconsin Supreme Court to let it challenge the state’s decision to transfer the 5-acre parcel and 2-acre easement to Kohler company. They think it [...]

Explore The Country From Coast To Coast

See the latest on our homepage at www.americasstateparks.org.